I Know.   It’s a Bit Bizarre.   It all began with a Writing Contest.

Write a Story to Be Read Aloud to Children on a Christmas Train Ride.

The Prize is Tickets for the Train Ride.  And Having Your Story Read Aloud as the Train rolls along.

The Christmas Train Will Own the Story.

700 Words is Not a lot of Words for Telling a Story.

And then I met Mama Bear and Oslo.  In My Minds Eye.

I Fell in Love with Mama and Oslo.  And the Story Unfolded.

I was So Sure I would win!

But I do like my Story.  And I love Mama and Oslo.

Even if it is just a little heavy handed on the Global Warming Save the Artic Spin.

I really do think this is important.  Vital, actually.  But that’s for another post.

So Now We have a New Story to Read on Christmas Eve.

And One I look forward to Illustrating.  Maybe on a Snow Day/School Closed/Work Closed kind of Day(!)

Oslo scampered out of the den and clapped his paws.

If the glacial ice can hold Mama, then it’s time for winter at the Arctic Circle.
Mama dove in the frigid waves and climbed up on the glacier. She jumped up and down on the ice.
The blue ice was solid and strong.
Yes, it’s time!

Together, Oslo and Mama held up the Icicle Star. It sparkled in the Night Sky.

It signaled all the animals to come quickly to the train station.

The Polar Bear Express was coming!
It is speedy fast and large enough to fit all the animals of the Arctic.

This was Oslo’s first train ride.  Oslo watched the animals arrive and climb into
the train cars.  Each was bearing special gifts for the North Pole.

There were walruses with ice crystals hanging from their whiskers. They hooted and ate
frozen fish snacks.
The seals had snowflakes balanced on their noses.

From the night sky, snowy owls swooped down carrying ice feathers in their beaks.
They like riding on the train car roof. Oslo proudly carried the Icicle Star in his tiny paws.
He sat close to Mama and looked out the window.

Engineer Caribou drove the train over glaciers and up and down mountain trails.
His antlers were so big; they stuck out the windows of the train cab.
He laughed and snorted as the train skidded along the thick blue ice. 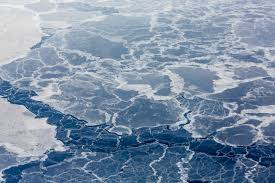 But Engineer Caribou couldn’t hear their warning. The train hit the crater
crack and bumped hard to a stop.
The train cars swished crazily back and forth over the glacier.
All the animals flipped up in the air and out of their seats.
Mama landed on the floor and Oslo landed on top of Mama.
The star flew out of Oslo’s paws, up into the air. Snowy Owl tried to catch it, but missed.
The star came crashing down at Oslo’s feet.

The train was silent. All eyes were fixed on the broken star.
Mama gently gathered up the pieces and cradled them in her arms. 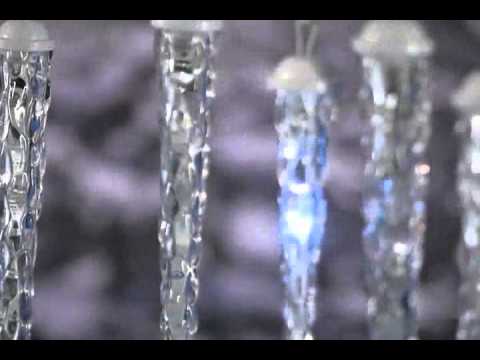 The Shoppe Round the Corner
Next Post: Hold Tight and Breathe