With the Overwhelming Rise of American Super Highways…

the Ticky Tackiness of Summer Vacation Road Trips are Relegated to Nostalgic Memories. 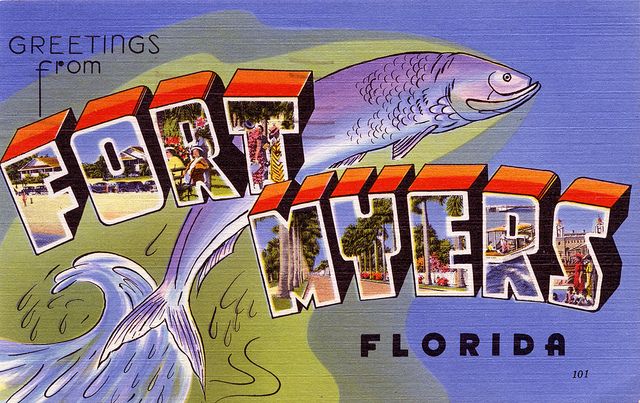 Why Take the Slow-Down-Through-Every-Little-Town Route, When You Can Speed Up a Super Highway Like I-75 to Get Where You Need to Be?

Because You Would Miss a Treasured Spot Like This…

A Short History of The Shell Factory

Since 1937 when Harold and Mildred Crant first began selling sea shells by the seashore in Bonita Springs until today, The Shell Factory has seen hundreds of changes and overcome nearly as many obstacles.

Fire destroyed the original Bonita site and in 1954 the attraction moved to its current home.

Then … in 1960 Hurricane Donna destroyed the retail store, in 1981 the warehouse caught fire and in 1983 the opening of Interstate 75 took the constant flow of traffic far away from the roadside attraction landmark.

By 1997 the problems seemed insurmountable and one of the oldest tourist venues in Southwest Florida was about to become nothing more than a paragraph in history books and photos pasted in visitors’ personal scrapbooks.

It was in foreclosure and bankruptcy — a badly declining tourist trap in a deteriorating building — until developer, banker, entrepreneur and philanthropist Thomas R. Cronin Sr., now 73, lended his vision, creativity and financial support.

He is still at the helm.

After a Long Flight of Multiple Connections, We Ended Our Journey in Fort Myers.

At the Fort Myers’ Airport Information Center, We Were Directed to “Definitely Not Miss” The Shell Factory!

So We Stayed Off the Main Highway and Made a Pit Stop to The Shell Factory.

Tucked in Next to the Talking, Smarmy Pirates…

Is the country’s largest collections of taxidermy animals, birds, fish and reptiles.

All to See for Free.

Sad to See.  But Overwhelmingly Impressive.

As We Entered the Exhibit, We All Fell Silent.

We Respectfully Walked Through Looking from Right to Left.

Standing Eye to Eye in Amazement.

Quietly Hoping that This Would Be the Last of This Kind of Collection.

The Magnitude was Overwhelming.

Yet Appreciating the Stunning Beauty of these Wondrous Creatures.

On the Way In and Out, You Can Also Shop for Colorful Florida Hats and Tees.

We Chose to Drive On.

A Quick Stop on the Way to Somewhere Else.

Learning a Surprising Lesson.  All Tackiness Aside.  With a Dash of Magic.